With so many iconic and beautiful landmarks in London it can be hard to pick a favourite. The phoenix known as St Paul’s Cathedral, the epic history of the Tower of London or the majestic beauty of Tower Bridge? There really is very little to choose between them.

One iconic landmark which has left the limelight for the time being is Big Ben. Usually seen on every Ultimate London Adventure or Thames Barrier Explorer's Voyage she has been undergoing extensive restoration work since 2017 the famous bell was silenced and a great sheet of scaffolding obscured all views of this world famous clock tower.

So what is the history of the tower, and when will we be able to see her again?

What is Big Ben?

Big Ben is the common name for the clock tower situated adjacent to the Houses of Parliament and has become the symbol of democracy in Great Britain. The name Big Ben actually refers to the giant 13.7 tonne bell inside the tower, famous for striking on the hour, every hour.

Why is it called Big Ben?

The name has been the subject of debate for many years. The most accepted theory is that the name is inspired by the man who oversaw the installation of the great bell. His name was Sir Benjamin Hall, and his name is inscribed on the bell to this day!

How old is Big Ben?

Big Ben was not in fact part of the original plan for Parliament. The current building was designed by Sir Charles Barry (of Trafalgar Square fame) so when it was decided to include a clock tower Barry turned to fellow designer Augustus Pugin to take up the task. Pugin more than delivered. The tower was finally built and completed in 1859, making her the grand old age of 161 years old.

How many Big Bens were there?

Three! The first bell Big Ben had quite the grand entrance. Once it had been delivered from Stockton on-Tees to the Port of London it was transported by carriage and six white horses across Westminster Bridge. From there it entered a testing phase which turned out to be rather wise as after three weeks the bell cracked. A new one was swiftly commissioned to George Myers in his nearby Whitechapel Foundry (in business until 2017!). Rumours of a curse soon began when the second bell also cracked. It was Sir George Airy who came up with the ingenious solution. A small square was cut into the third bell to stop any cracks from spreading. He also replaced the hammer with a lighter one and in order to ensure the hammer struck a different place the bell was turned by a quarter. This was sufficient action to install the bell in the tower for service where it has been ever since.

What work is being done?

Big Ben is undergoing extensive restoration works covering most of the building. The works began in 2017 and are due for completion in 2021. We are most excited to see the new paintwork and gold leaf which has been faithfully restored to its former glory. It will look brand new!

We truly have missed Big Ben over the last three years and we cannot wait for the great unveiling of this historic monument next year - and Thames Rockets will be there in full force to hear her reassuring chime once more. 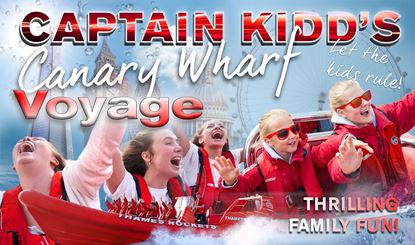